Logistics connects people for survival. It’s the connecting medium between the producers and the consumers through a vast network of supply chains through air, water and road transports.

The distribution of products and services has witnessed considerable changes through GST in recent years which will be discussed in this blog. Before that, let’s go through the scenario before the GST.

Scenario before implementation of GST

GST was introduced on 1st July 2017. Before that India had a pre-GST regime called Value Added Tax (VAT) system or the indirect taxes through Central excise, customs and service tax for the central government. Taxes were imposed and collected by both centre and states separately.

Before the introduction of the GST, the country followed a system called the VAT (Value Added Tax) system which had huge differences in terms of its levies, taxes, exemptions, validations, etc compared to GST.

VAT system was eliminated due to various reasons of cascading effect on the country’s economy. It has multiple stages of tax payments for every sale done. The last consumer had to pay the taxes for goods that had already been paid.

And the VAT system was different for every state as states were independent of these Tax levies which were one of the major drawbacks for the country’s economy. And also the Input Tax credit (ITC) was also not claimed for the services under VAT. VAT systems were also working completely offline, there was no online payment system. Hence a new tax system was introduced to enhance the economy through “one Nation, one Tax” called GST (Goods and Services Tax).

Why is GST necessary?

A revolutionary taxation system was implemented in the year 2017 called Goods and Services Tax (GST) which is simple and uniform across the country. GST is an advanced form of taxation system that has made the collection of taxes faster and easier through online payments and also the compliances have increased vastly across states compared to the pre-GST regime.

One of the major reasons why GST is necessary is the cascading effect of the VAT regime was completely thrown out in which taxes were paid for a product on every stage of its sale across states which was one of the biggest barriers of a country’s economy.

GST has made history by unifying the country into a common economic market for the first time in its history. So, is the GST good or bad for the country? Let’s discuss various aspects of GST ahead.

Changes and opportunities after implementation of GST

GST implementation is a unique ideology of making a single taxation for both goods and services across states without any variations between the states. Whereas in VAT, taxes were paid for the goods when it crosses every state border with their own impositions.

GST has introduced various changes in terms of its taxes, compliances, exemptions and levies through which it has proved to be a more effective and efficient taxation system. Let’s discuss in detail.

Trade is the buying and selling goods and services from one point of origin to another point of consumption. It can be either domestic or international.

Considering India, with such diversity, if you have to trade a product from North to south, you will have to come across multiple states and will have to pay taxes for the goods carried for every time you cross a state’s border, which is a huge drawback for the trade and ultimately the nation’s economy.

But the GST has over ruled that drawback of multiple tax payments or in other words the cascading effect (Tax on Tax) of taxes and GST has increased the compliances across the states in the country by stabilizing the country’s economy.

This cascading effect was one of the major barriers of trade which was eliminated by the GST system. Payment options are made online.

Digital payments have increased the free flow of the payment systems making the trading process more faster and efficient. Whereas in VAT, it was all offline, which was a slow process.

A fleet downtime is a situation when the vehicles stop functioning. Such situations can arise due various factors: delayed service, low maintenance, collisions, breakdowns, etc.

Now, what would be the reason for the planned downtime? Obviously the tax charges. If the tax payments are higher and not cost effective, the number of trade across the nation will be reduced by affecting the nation’s economy which was the situation in pre-GST regime, the VAT system.

But after the imposition of GST, it had made the tax charges affordable as fleets do not have to pay taxes for every state border crossed, which had obviously decreased the fleet downtime by increasing the movement of the fleets across states for the trade which is a very good sign for the nation’s economy.

We know that a producer or manufacturer is the origin point of any trade and the end point is the consumer. Is it possible to trade the products immediately after the manufacture?

Warehouses are a large spacious godown where the goods are stored for a number of days and then transported to their destinations through trucks or other means of transport. Hence the warehouses are considered to be an integral part of the supply chain.

Now how GST has unified the warehouses for a better trade?

As GST had introduced “one tax” regime across the nation, the tax rate imposed by the central government remains the same for every state and the trading companies do not have to build a warehouses at every state to avail the benefits of tax reduction, exemption or the other barriers associated with the C-form or F-form from the consumer end.

As such concessional forms are abolished by GST, the warehouses across the country are unified for a smoother trade which are cost effective for the traders instead of having a state borne warehouse which is more costly for the companies to trade.

Hence, the unification or the consolidation of the warehouses is a very big boon for the logistics industry due to the implementation of GST.

Under the Central Board of Excise and Customs service tax and duties are collected. Here Excise duty is a form of tax imposed on production, distribution, licensing and sale. It is levied on manufactured items at the time of removal while on the contrary GST is  imposed on the supply of goods and services.

As GST has been one of the huge advancements in the taxation system, technology has also seen various advancements in the field of logistics to benefit the traders. Advancements have taken place in every aspect like communication, machinery, electronics, electricals, management, etc.

Considering the fleet management and its advancements in the logistics industry, let’s discuss in detail. One of the major technological advancements is the digitalization in which the payments are made online. On-line payments have made faster and safer financial processes for the companies to trade effectively.

And also the fleet management has witnessed and adopted various technological advancements like optimising fleet utilization, GPS tracking, fuel monitoring, maintenance control through Telematics which has complete monitoring and control over the execution.

Telematics is the most advanced technological adaptation for the logistics industry to be more efficient in various aspects which is discussed in several blogs in detail.

Time is a key factor of logistics business and it determines the efficiency in productivity of any company. Pre-GST regime had several drawbacks with respect to the taxation systems, one of those is the time management.

As goods had to move across states, companies had to pay taxes for every state border they crossed, which resulted in extension of time and delaying of delivery time. Such delays in delivery increases the waiting time of the customers which affects the smooth flow of trade between the producers and the consumers.

But as soon as the GST was implemented, unification of tax made the fleets move more freely without any hindrance across the state borders enabling them to deliver the goods in time. The historical move of GST introduction in India has increased the turnaround time of the trucks by 10-15 % in a day.

Any person who provides service in regard to the transportation of goods by road and issues consignment notes comes under “Goods Transport Agency.”

Under GST act E-way bill is used for transporting goods from one place to another where the value of the goods exceeds above Rs. 50000 that can be used for single conveyance. Along with the E-way bill, the government of India mandated the generation of GST E-invoice for businesses whose annual turnover is more than 500 Crores and its purpose is to eliminate manual entry while filing GSTR-1 return.

What defines the logistics cost?

Yes, it’s the expenses of the transportation which involves various factors like fuel usage, tax payments, etc. In such situations, when the movement of the wheels is higher, more will be the distance covered which is profitable for the company.

Before the introduction of GST, due to clearance procedures and cascading tax effects, consumption of time was higher and the fleets were able to move only 300 – 350 km approximately per day at higher cost of logistics which were not cost-effective for the manufacturers or the producers.

Post GST regime has turned things around as the movement of goods has increased so much that the consumers are able to receive the goods at lower price and producers are able to make profits. It is only because of the decrease in logistics cost as fleets do not have to pay taxes for every state border crossed.

Code of conduct is a key in any business for systematic regulations. One such key factor in the increasing business of logistics is the set of rules and regulations assigned by the regulators for the smooth conduct of trade which are known as the compliances.

GST has definitely decreased the fleet downtime as we discussed earlier. Industry has been growing gradually after the introduction of GST. Hence, the compliance has also increased along with it to ensure smooth regulations.

Any logistics company should comply with the regulations set by the country on the logistics route. Beware of the GDP (Gross Domestic Product) compliance policies and must be updated with the effective regulation standards and also the new regulations if there is any.

Documentation of the process is a must for better regulation which ensures you to be ready for any sort of investigations enroute and also deal with any issues of non-compliance. Such compliances are very much necessary for the smooth functioning of the trade.

Supply chain is enriched with sophisticated warehouses across the states after the implementation of GST. Multiple Small warehouses have evolved into huge warehouses focusing on larger distributions which has evolved the logistics business in the country to the next level.

Major metropolises have now focused on huge warehouse engineering that has made several changes or created opportunities for the companies to re-assign their supply chain or supply channel and helped to make changes in the supply routes for a better trade.

Logistics companies have their own model of supplying goods, such as “ End to End supply model”, “Warehouse + Supply model” and “Production + Storage + Supply model”. Be it any of these models, the primary aim of the companies is the supply of goods.

GST has made way for the evolution of warehouses to be the major regulators or the midpoint of trading for a better and quality service.

Even Though there are several perks in GST reformation but there are some downsides and loopholes in it. Cases like fake input tax credit, GST invoice fraud have been reported. 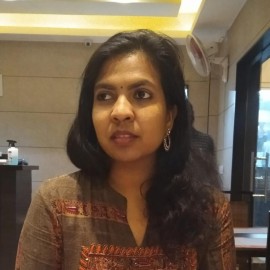 Sushanthi is a Content Writer who wishes to be the voice of brands to project their innovative ideas and stories through her writing skills.