Is Indonesia GPS Software Market Worth?

Starting a business is a fascinating idea but also a challenging assignment. To be successful in your business world, you need to make your idea work.

There are a lot of options in the global market to start a business, why do you want to select GPS in that? One good reason to choose GPS is because of the Global GPS tracking device market.

Many applications like fleet management for the trucking industry, aviation, dashcams for commercial vehicles, even uses GPS these applications are expected to fuel the market in the next few years.

If we dig deep into the GPS tracking device market, it was divided into three different major applications.

How About Starting A Gps Business In APAC (Asia Pacific) Region?

Asia-Pacific GPS Market is expected to grow nearly 22.5% CARG, and also APAC is estimated to be the ruling market for GPS tracking devices by 2025 forecast.

You may have a doubt about how this is going to be possible?  APAC has a huge market for transportation and logistics. In the last five years, the emerging commercial vehicle sector brought a huge demand for GPS and its application in the market.

“There is Supply for Every Demand.”

Is It Worth Starting A Gps Tracking Business In Indonesia?

Considering the last 50 years, Indonesia adapting constant economic change and stepping as the largest economy in Southeast Asia. Though it is one of the growing economies, you have huge benefits by starting a GPS business in Indonesia.

The key benefit of starting a GPS tracking business in Indonesia is geographical location. So what is the specialty of Indonesia? Indonesia is located in southeast Asia, with Jakarta as its capital, and Indonesia collectively has 17,508 islands.

Indonesia is ranked the fifth largest country to have the longest waterways. The main thing here you want to note is Indonesia is connected with both the Indian Ocean and the Pacific Ocean.

What the Indian Ocean and the Pacific Ocean are going to do with GPS business? Let’s have a look at the neighboring countries of Indonesia. Indonesia is surrounded by Singapore, Malaysia, Australia, the Philippines, Thailand, Cambodia, Vietnam, Papua New Guinea, etc. There are both economically strong and weak countries around Indonesia, which makes an ideal place to do import and export business. 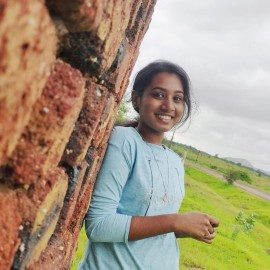 This young champ is our brand’s voice who is passionate about content creation, scriptwriting, handling social media, and storytelling.