GPS tracking is serving many industries ship navigation, aviation industry, logistics sector and for various emergency responses. GPS is navigation and positioning service based on a constellation of satellites which are owned by the United States of America.

In this article, we will come across the different stages in the evolution of the GPS satellites and the commercial use of GPS tracking

GPS has evolved so much in the past years. It all began in 1957 when Soviet Union successfully launched “Sputnik” the world’s first artificial satellite.

During this time the scientists came up with a method called “Doppler Effect” which helped them to track the satellite with shifts in its radio signal and thus this was the first step towards GPS.

In the mid-1960s the United States Navy conducted a number of satellite navigation experiments to help track US submarines carrying nuclear missiles. With six satellites orbiting the poles, they were able to observe the satellite changes in Doppler and pinpoint the submarine’s location within a matter of minutes.

In the early 1970s, the Department of Defense (DoD) wanted to ensure a stable satellite navigation system would be available. With the ideas provided by the Navy scientists, the DoD decided to use satellites to carry forward their proposed navigation system which was followed by the launch of its first Navigation System with Timing and Ranging (NAVSTAR) satellite in 1978. The 24 satellites system became fully operational in 1993.

Here is a detailed evolution timeline of GPS satellite

In the past years, the GPS satellites have advanced so much because of which the future enhancements have bigger expectations from the people.

Fleet telematics had its origin in 1974. A form of fleet telematics was begun by the U.S. automobile industry to make things easier and systematic; as new cars rolled out of assembly plants via motors manufacturers, they were catalogued using an electronic process.

When orders were placed, a mainframe-to-mainframe method of communicating was used for electronic processing of orders, and vehicle status reports were generated using computer technology. This was the beginning of fleet tracking and the stepping stone for commercializing GPS.

In the history of GPS vehicle tracking the major milestone was in 1978. The experimental Block-I GPS satellite was launched into space in 1978, this system was a successful test. By by the end of 1985, 10 more Block-I satellites were launched to further validate the concept.

In the early years, GPS technology was not yet operational, due to the insufficient number of satellites orbiting the earth. On Jan. 17, 1994, after years of gradual growth,  finally, 24 satellites were launched, and the GPS system was considered fully operational. Today, fleet tracking taps into this same technology.

How GPS Tracking Helps Your Business

GPS tracking has come a long way from dots-on-a-map software. This solution can help you accomplish your business objectives. It improves efficiency and provides savings that add revenue. High fuel costs are always top of mind for those that manage a mobile workforce. Some of the features of GPS tracking that help you greatly are:

It usually doesn’t take long for implementing a real-time GPS tracking system to start reaping the benefits and solve your business challenges. Join us and gain a competitive edge that GPS tracking software provides if you haven’t already.

How does Vamosys help in Fleet Tracking?

VAMOSYS has developed its own software for GPS vehicle tracking and fleet management solutions. We use the quality GPS devices from teltonika and Concox for tracking the vehicles.

Our Solutions will address the problems of Logistics Sector like

GPS tracking is part of all logistics sector today, it all started with the simple communication device for military is now became the life line of all navigation, aviation and fleet tracking. 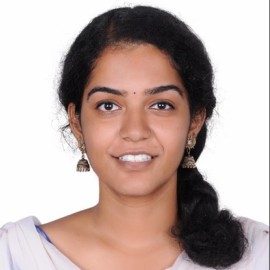 Rasika is an engineering graduate and writes articles on topics related to technology, telematics, fleet management. She is interested in sales and marketing to explore opportunities, especially in content marketing.